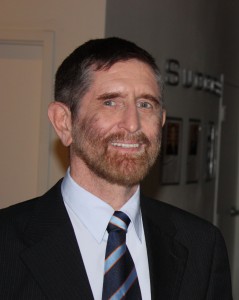 I have just returned from an exhausting trip to the US to launch my fifth book, bravely entitled The Biocognitive Model for Psychiatry: The Mind-Body Problem Explained. The title comes from Dennett’s book from 1991, titled Consciousness Explained, in which he emphatically did not explain consciousness. I hope I haven’t fallen into his trap. I think the biocognitive model of mind-body interaction goes a long way to showing exactly how an informational state called the mind can interact with the physical machine called the body, but the final decision rests with the readers.

I spent a couple of days in Los Angeles at the Harbor-UCLA Medical Center, in Torrance, South LA. This is the main public hospital for a huge swathe of the city, a flat and rather featureless area of mixed industry, run-down public housing, working class areas and gently ageing beachside suburbs. In fact, it’s exactly the sort of hospital I like and it was very interesting being there. What quickly became clear during this visit is that psychiatry is facing a generational crisis. There seems little doubt that medical students and psychiatric trainees (residents) are getting sick of the standard approach dished out by the orthodox psychiatry and I found the training the residents receive at Harbor amongst the most forward-thinking I’ve seen. I found it very encouraging, as I’ve been sick of the status quo for nearly forty years. Trouble is, most trainees don’t know the full extent of what else is available, mainly because orthodox psychiatry makes sure they don’t get to hear of alternatives. All too often, I hear people say, “But how can you talk about a model of dualist interaction? Isn’t dualism just magical thinking?”No, it’s not.

The notion that a dualist model of mind necessarily means magical thinking is part of the 1960s prejudice. We won’t go into all the details, but most people trained before about 1990, meaning most professors today, were totally flooded with the idea that science is not about unobservables, and the mind is unobservable, therefore science can never be about minds. From this came behaviorism and biological psychiatry. Behaviorism imploded somewhere about 1985, but biological psychiatry hangs on, the last outpost in the world of people who firmly believe they can sort out a person’s mental problems by reducing their distress to brain scans and clinically insignificant genetic defects.

The modern generation, meaning anybody born from about 1980 on, doesn’t have the slightest difficulty with the idea that the mind can be seen as an informational space generated by the brain. They (young people) think in terms of hardware and software, and it never occurs to them that talking about software is equivalent to talking about magic. So there is a very large gulf opening up between the generations. In the blue corner (conservative), we have the Old Brigade, firmly committed to the idea that their science must exclude all talk of minds on the basis that it necessarily implies magical thinking. In the red (radical) corner, we have the rising generation, who are sick of being told that everything is a chemical imbalance or genetic lesion, and want to return to the idea of psychiatry as a human-centered discipline.As an example, I saw a senior psychiatrist (in a town I won’t name) interview a new patient. He knocked it over in 19 minutes. That is correct, less than twenty minutes. In twenty minutes, I’m not even through the first part of my standard interview! It takes me an absolute minimum of an hour to get a history, and I push people hard so we can get to the serious stuff. In order to keep to his time schedule, the psychiatrist dispensed with all that bothersome talk about how patient was feeling and what he thought had gone wrong in his life.